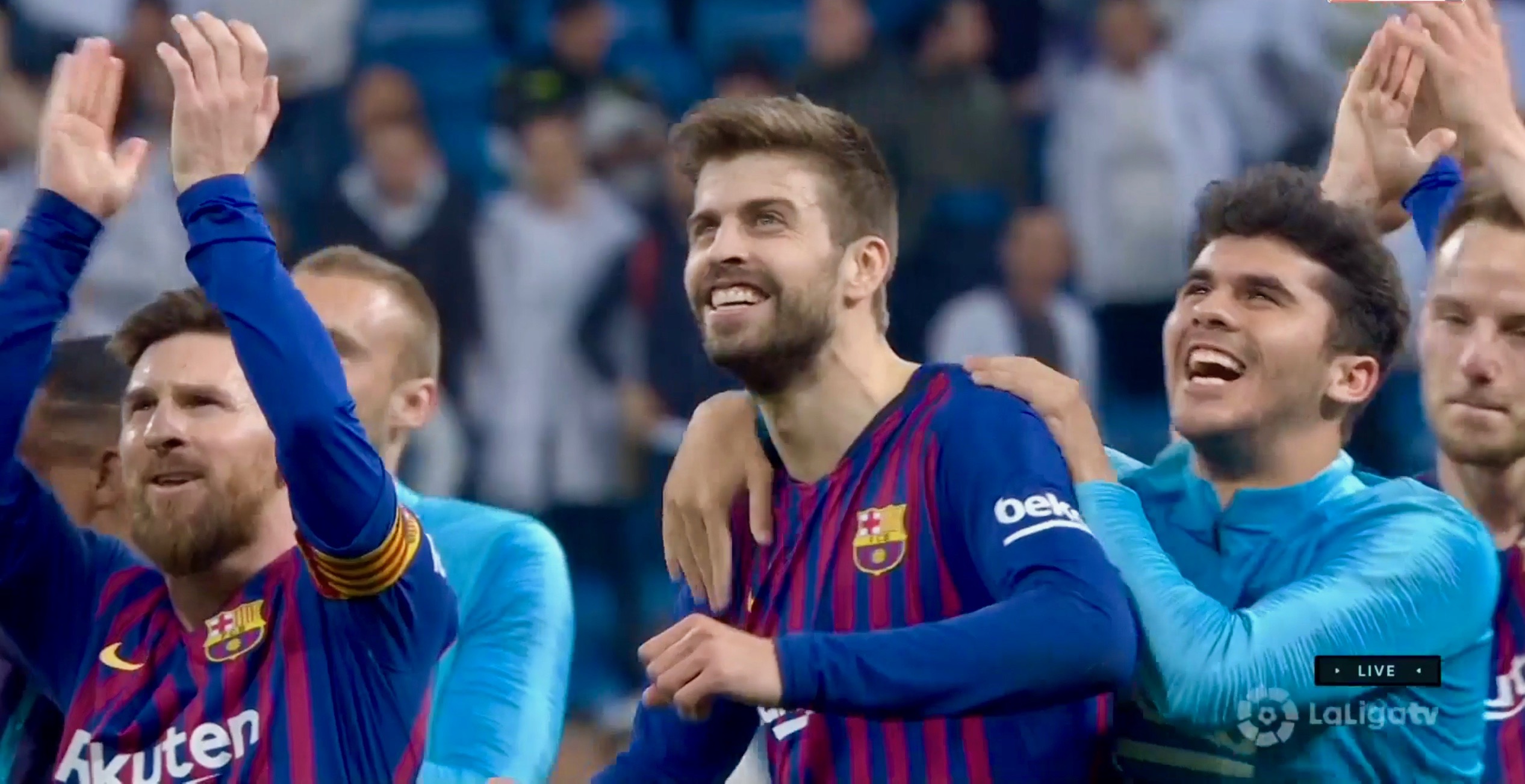 The third Clásico of the pre-spring grind was played yesterday and Barcelona beat Real Madrid, again, in their own house. By the second half, fatigue was apparent on every key-figure’s face–the exhausting attention and intensity of the rivalry had drained all of the players, but not before Barça took the advantage by a clutch goal from Ivan Rakitic to win the fixture, bringing Barça twelve points ahead of the merengues in the league.

Rakitic had a great performance, made himself omnipresent in the midfield, and snatched up his opportunity for glory with a goal. All of this was while Luka Modric struggled to spark the flint under his European Championship holding teammates, yet again. Rakitic has been the perennial subject of transfer speculation; he is rumored to be headed for Italy, England, France, and maybe even back to Germany. With all of the money Barça have spent on their midfield (the imminent arrival of De Jong from Ajax in the summer looms large…), the tendency has been to make room on the squad and help put a dent in the outrageous books at the Nou Camp. But the Croatian-turned-Sevillan has consistently been a humble and gifted workhorse that has among the most touches in every game he plays. You can’t put a price on…

Similarly misunderstood–perhaps even unsung–is Sergi Roberto. The canterano who waited patiently for years, chiseling his place as an auxiliary player par-excellence, seemed to have transitioned from a last-ditch cover in defense to a genuinely gifted and assertive right back. He had a much better hold on the nearly uncontainable Vinicius than Nelson Semedo did in mid-week. Though Barça won three-nil, the game with Semedo had very little control over a wasteful Madrid team. Yesterday’s had less of the electricity and creative fluidity, but was a more sturdy affair. The kind of performance that wins championships.

Gerard Pique relished the turn of fortunes that his side are enjoying. Having been demolished by Madrid in Ernesto Valverde’s first competitive games managing the team after Neymar left for Paris, Pique had stated that Barça felt inferior to Real for the first time since he’d been on the squad. Times change. On Saturday he was at his bold best; intercepting every cross to the box and dragging Benzema all over the defense audaciously–even at the mouth of the goal. It was partly a response to the belligerent, wounded performance of Sergio Ramos. 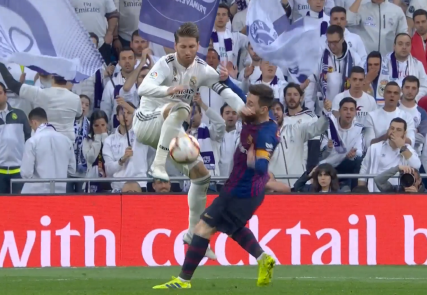 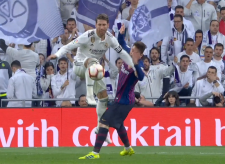 Ramos spit and snapped at every opportunity, and his contest with Messi turned particularly ugly. After he chopped at the face of the little genius on an aerial challenge near the end of the first half, Messi squared up to him and let his anger boil. His Blaugrana teammates didn’t leave him on his own to get revenge; Lenglet and Rakitic both got ‘equalizer’ fouls on Ramos that further put him in check. By the game’s end, Ramos would be not only bruised and beaten but hold the dubious distinction for having lost the Clásico a record, twenty times. But the greatest check, the royal flush of bragging rights was Barça’s who now have the head-to-head advantage over Madrid in the history of the rivalry. Less abstractly, Barça have cemented their modern dominance at the Bernabeu. Madrid fans are legitimately nervous as dog-bit-kids in their own stadium whenever Messi is on the ball. Even without him, Barça have won their last two visits handedly. The grim realization that Pique spoke of not even two years ago, of feeling outmatched and without a winning answer, has settled on Madrid are left them with only a puncher’s chance of winning a trophy this year in Europe.

How did Barça perform in this test? How did they fare in this trying period that was to set the bar to a level they’d need to sustain if they’re to win the Champions league?

Generally, Barça were intense and focused. The defensive solidity is the most substantial cause for optimism they have. Even with first-choice center back Umtiti still not integrated into the squad after months out, Clement Lenglet has proven himself to be a smooth and reliable presence in his absence. He is a clear step up from Jeremy Matthieu, at least…If Luis Suarez, and Dembélé could get back to their firing-best, then that would almost certainly be enough.

But the attacking gods are fickle, and Coutinho continuing to misfire has taken some wind from the sails. Troublingly, Messi started feeling a discomfort in his thigh/groin, much the same as he did in 2014 when he captained Argentina to a World Cup final they’d lose to Germany.

The league is presumably, won. The Champions league final will be played in Madrid, at Atletico’s Wanda Metropolitano. Even if Barça don’t get there to raise the big eared cup, they still have a home in Madrid. and at the end of the game, Isco asked Messi for a job