Barcelona’s 5-1 AGG loss to Real Madrid in the Supercopa de España has signaled a palpable shift in the power dynamic in Spanish football. Any talk that the two sides maintaining parity in spite of Madrid’s recent la Liga title and three Champions leagues in the last four years has been, for the time being, settled with Madrid now the dominant team in Spain if not the world.

This changing of the guard is coming after a solid decade that Barça dominated their rivals in the Castilian capital. While there has been a steady build up of reinforcements and reinvestment in young players–particularly Spanish ones–from Madrid, Barcelona seemed to just content to squeeze every drop of inspiration possible from their superstar gala 11.

Consequently, as  Xavi and Puyol aged out of the squad, and Pedro and Thiago moved on in favor of more playing time (along with Bartra, Muniesa, Bojan, Oriol Romeu, Tello…) the bulk of hometown players in the first team are now scattered. Though they may not all have been quite at the level of world-beaters, they were a worthy resource that (at least temporarily) appeared to be a renewable resource. No more. Now it seems the last thing FCB got from la Masia was the FIFA transfer ban.

So as the squad became thinner from within the local ranks as the route to the first team narrowed, where did the FCB sporting directors look to fill the gaps? To signing midfielders from all around Europe that were being sold well above market price, and with almost universal difficulty in understanding the style of play and adapting to the peculiar automatic synchronizations enjoyed among the best members of the squad.

Since the team no longer emphasized intricate passing play, though they still maintain that their philosophy is unique among clubs, the style became more weighted to counter-attacking goals scored on the break from finding Suárez, Messi, and most dramatically, Neymar behind enemy lines where they could make the most of 1v1s. 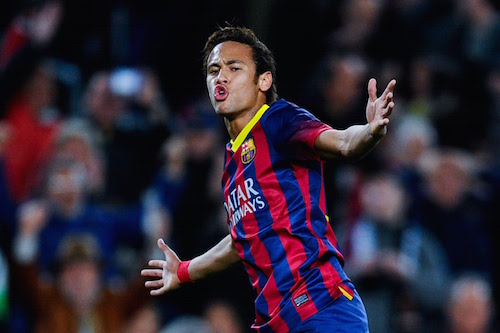 But with the unceremonious dumping of the club by Neymar, that plan of attack has been left exposed–even at this early date. During the pre-season tour of America, FCB played several games where Neymar was the clear protagonist, and the Brazilian scored every winning goal of their summer romp.

As an American, it seemed odd that the giants of the team–Messi, Suárez, Neymar and Iniesta–even appeared during the off-season appearances. But they lined up under Ernesto Valverde, who seemed to be acquainting himself with the squad’s capabilities.

Unfortunately, the determination to impress under the new coach has coincided with Neymar’s departure to create a squad that already looks exhausted and depleted, though the season has yet to begin. Now everyone is clamoring for signings to refresh the team and return some momentum to the Blaugrana. But if Barça supporters are hopeful, the sporting directors should give them real reason for hesitation.

After being beaten by Real Madrid in the Supercopa this week, just days before the start of the la Liga season, Gerard Piqué described feeling for the first time that the squad was inferior to Real Madrid. The collective genius of Barcelona was second-best and uninspired after being run aground by overwork and lack of decisive reinforcements. By contrast, Madrid seemed to have all of the finest hungry young Spanish players to call upon. Isco, Asensio, and Lucas Vázquez all looked to be strong enough to make Bale, Benzema, and Ronaldo–who only featured for 20 minutes in the cup before being red-carded–seem completely superfluous to needs for the team in white.

And with Marco Asensio himself ending up at Madrid just as Barça were busy quibling over payment structure of a possible deal for the young attacker that yet again showed his potential to become the next-Raúl, plus Dani Ceballos and Theo Hernandéz both signing for Madrid this summer, it seems clear that the most sought after young Spanish footballers recognize Zidane’s team as the dominant force, both now and for the seasons to come.

Unfortunately for Piqué, who helped broker the shirt sponsorship deal with Rakuten that has changed the face of the club he was born into, it doesn’t seem that the kind of edge that he is looking to restore with Barça is something you can go out and secure in the transfer market. Not even with the hundreds of millions of Euros secured by Neymar’s departure.

Even if Coutinho and Dembélé are pipped from Liverpool and Dortmund to come join the Catalan side, is the figure at the helm of the squad up to the task of inspiring these disillusioned superstars? Does Valverde have the edge to cut through the stiff and fatty bits, and bring back the confidence of Catalunya??